Presentation of our school

2. Inquiry between the Greek students – The occupations of my family

3. Inquiry between the Greek students – How Entrepreneurial am I

Conference about the Management of Erasmus KA219 Projects organised by IKY in Athens, October 24, 2017 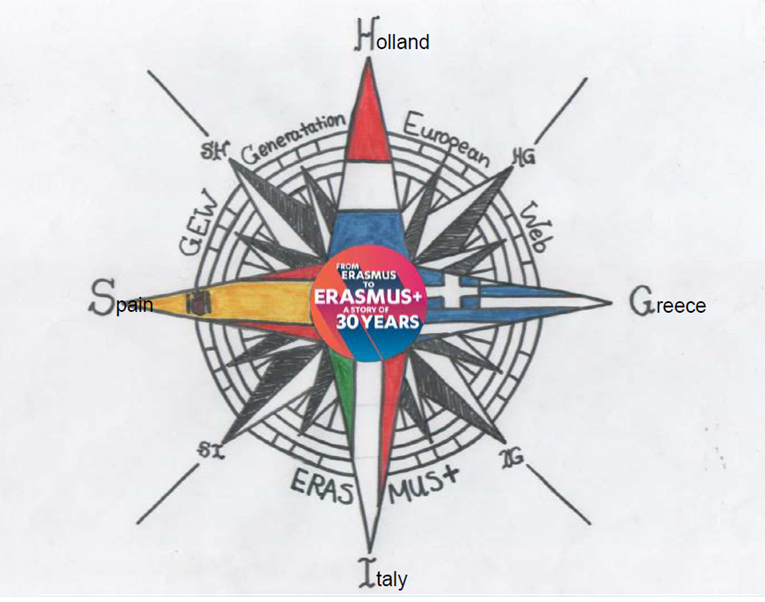 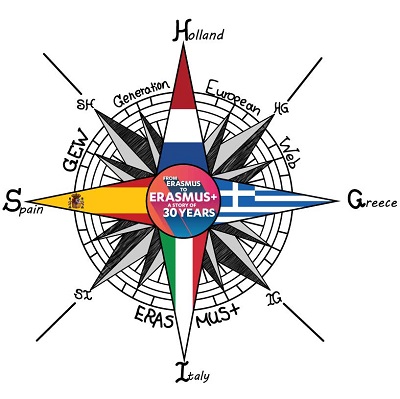 The first meeting at the Italian School Istituto Omnicomprensivo of Orte, was highly successful and achieved its objectives. There was a first but substantial acquaintance of the nine teachers who participated, from four different countries, Greece, Italy, Netherlands and Spain, who shared experiences about the educational system of their countries, their work as teachers, their working conditions, the goals of their students and the way of living in their country. This was particularly important for those who participated for the first time in a European project. The participants were given the opportunity to plan the next staff and study meetings. The exchange of views and ideas on the subject made us more ready to properly orient our students to the main objectives of the project (social entrepreneurship and good practices) and to the secondary but equally important ones, such as the substantial acquaintance among European pupils, the exchange of experiences and the hospitality. We had the opportunity to attend the presentation of two implemented «social enterprises» by two Italian students’ groups. In the end each partner country presented their own ideas and suggestions for activities for our students. The Greek delegation consisted of three teachers: Litsa Glarou, teacher of Religious affairs (Project Coordinator), Ioannis Maloukos, teacher of Greek Language and Evangelia Karkaletsi, teacher of Mathematics.

The second staff meeting at the Dutch Wolfs bos school in Hoogeveen contributed substantially to further promoting the objectives of the project. The previous experience of the meeting in Orte, Italy proved very helpful.

We had a guided tour to the impressive facilities of the school, such as the equipped classrooms with interactive boards and projectors, the library and the individual cabinets for the students. We were highly impressed by state-of-the-art science laboratories, the gym and the students’ recreational spaces, decorated with imagination and inspiration.

Each of us had the opportunity to attend a teaching time on a different subject and have a realistic picture of the educational process. We discussed and shared opinions with Dutch colleagues of different specialties and with Dutch students. We were informed about their working conditions, such as their working hours, their wages and the number of students per class. At the same time, we had the opportunity to understand the complicated Dutch education system and the way of living in the country.

Partner countries presented a video presentation of their students’ group. We also presented the draws of the pupils of each partner school for the project logo and ended up in one from each country. The final choice among the four we agreed to be made by the vote of 8 students of each country.

In the end we watched the very interesting and creative proposals of the Spanish delegation on the activities of the first Study meeting with students in Seville, Spain, which we finalized after constructive dialogue for 05 to 11 of March 2018.

Particular moment of our meeting was the dinner at the Dutch colleague’s house.

Program of the meeting

The matching of the students

Students having already met their Spanish partners through Instagram and the Facebook close page of the project, experienced the hospitality of the particularly affectionate Spanish families and enjoyed their Spanish classmates’ lifestyle during the morning activities and during the afternoon meetings where they were touring in places of entertainment of the Seville youth. They also learned through mixed group activities with their Italian and Dutch classmates. Their impressions of acquaintance were particularly positive. The preparation of the Spanish colleagues was excellent and the activities related to sustainable tourism and entrepreneurship, very interesting for our students. They were taught flamenco by five Spanish pupils and the next day they performed a flashmob in a central square of Seville. They visited the city’s attractions, the cathedral at the historic center and the Arabic Alcazar palace. They also enjoyed a viable tourism experience by riding bicycles on the banks of the Guadalquivir River and exploring the neighborhoods of the city. Particularly impressive was the visit to the Doniana National Park, south of Seville. On the last day, a party was given at the school with the pupils of the three countries and the host families. Families brought at school food they had prepared for us.

During the trip, we realized our students’ well-developed skills and we believe that this meeting has been a great stimulus for their further progress, apart from the friendship ties they have developed with their partners.

Presentation of the students going to Seville

Wednesday 07.03.2018 – CicloGymKana to the Guadalquivir riverside and oldtown

08.03.2018 Evaluation of the Cathedral and Reales Alcázares visit

10.03.2018 Worksheet-Who are those people? Your social enterprise business idea

Evaluation of the meeting

Links of the videos created by the Greek students

T-shirts with the logo